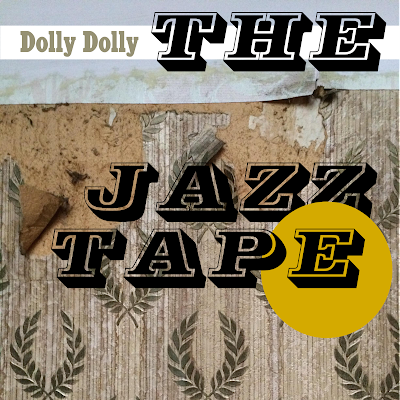 This album came about via a death.

The elderly have a habit of popping off when you least expect it. One minute you’re having a chat about the weather, the next they’re face down in their soup. It’s a sad fact of life that death is not dignified. It’s rarely pleasant. What is nice, however, is when you get left nice stuff after they’re gone. Some people get whole estates, some people get houses, some people get priceless Ming vases. Not me though. I got given a cassette tape. The widow handed it to me and said ‘He knew you liked jazz and would’ve wanted you to have it’. The tape was unmarked. The only clue I had to it’s contents were three words written on the paper inlay. They are now the name of this album. As far as I could make out it was filled with A and B sides of old 45s from the 1960s and early 70s. Some I recognised, some I didn’t. I would listen to it obsessively in the evenings. The soundtrack to my life. I don’t think I listened to anything else for a whole month. It became a ritual. Cassette tapes make a lovely rattle when you shake them. They’re the most physical of storage mediums. Every time I took it out of it’s clear plastic case I would give it a little shake. It became as much a part of the sound of it as the actual music. You could press the FF and REV while the PLAY button was on and it would feel like you were recomposing it with it’s own noise. By sheer coincidence I was given a couple of other tapes while I was making this album, a handful from the chap who runs our local Oxfam shop. I was chatting to him about the project. He couldn’t sell them because they were home recorded and unmarked. I’d not been given a cassette for over twenty years and all of a sudden I had a drawer full. It was serendipity. The vocals were collected over ten or so years as I magpie-like snaffled anything that ticked my fancy or just made me laugh.  I sampled the tapes, cut-up everything up, looped them and sampled them all over again. They started to sound as if you'd fallen asleep listening to the radio in the middle of the night and had a partially strange repeating dream. Perfect. The whole thing seemed to fit together quite nicely. I hope you enjoy it as much as I enjoyed making it.

Since sampling the original tape for this album it has sadly died. Cassettes a have habit of popping off when you least expect it too. One minute you’re listening to a drum solo, the next it’s wrapped around the spindle, crunched and snapped and dead. Sad really.